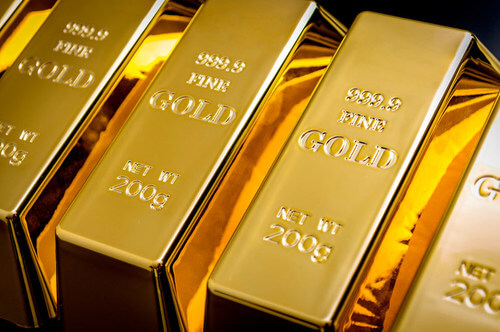 NEW YORK, NY, January 7, 2022 — Dignity Corp. (“Dignity Corp”), DIGau, to be listed on CryptoSX on Tuesday, January 11th, an established US-based digital security that is crafting a revolutionary approach by backing a security token with gold reserves, announces that it has secured $20B. in additional gold, silver, platinum and rare earth elements mining reserves along with mill processing operations.
Here’s the breakdown:

There is a senior security interest in the patented Pinkham Lode Mine and 6,000+ sq. ft. mill processing facility on the 20+ acre premises, located in Mohave County, AZ. According to the current NI 43-101 evaluation, the agreement will secure a measured resource of above-ground tailings and below-ground minable resources of gold, silver, platinum and rare earth elements with a combined valuation of $19.3B. On-site mill facilities have been restored and refurbished with a new investment of $2.0MM., and a planned upgrade adding state-of-the-art mechanical metals separation equipment and centrifuges, along with additional eco-friendly resource recovery techniques, scheduled after the initial 90-day operations that commence this month.

In April 2021, Dignity Gold announced the secured pledge of $6.0B. gold reserves on the Panquitch claims 1-4, with 80 acres located in Lincoln, NV. To date, Dignity Gold has identified and secured over $300B.+ of gold, silver, platinum and rare earth reserves in above-ground tailings and below-ground mining resource claims in the United States. Dignity Gold is working closely with the owner and operators of the secured reserves as well as qualified independent miner operations, geologists, and geo-mineral extraction experts using cutting-edge laboratory testing.

Dignity Gold is a blockchain development company using security tokens to unlock new ways of investing in the United States’ precious metals, mining, and minerals sector. Letters of intent are in review for the acquisition of additional precious metals mining operations and other historically productive properties located in the United States. If secured, these could add significant resource and mining claims, billions of dollars in precious metals reserves and larger mill operations to further back the DIGau token.

“We are dedicated to a thorough science-based exploration and production process that is both eco-friendly as well as unlocking many proven and once productive resource recovery and above ground tailings, along with fully NI 43-101 engineered underground reserves that have qualified feasibility,” said Kent M. Swig, Chairman of Dignity Corp. “The USA mining industry holds many valuable assets that due to economic timing have been sidelined, and in the rising current and future commodity environment provide excellent metals and minerals use and upside in the many industries that Dignity Gold’s investments will support.”

Founded in 2019 by Stephen Braverman and Kent M. Swig, Dignity Gold is the parent company of Dignity Corp. which is engaged in issuing the Dignity token using the ticker DIGau backed by gold deposits located in the United States.