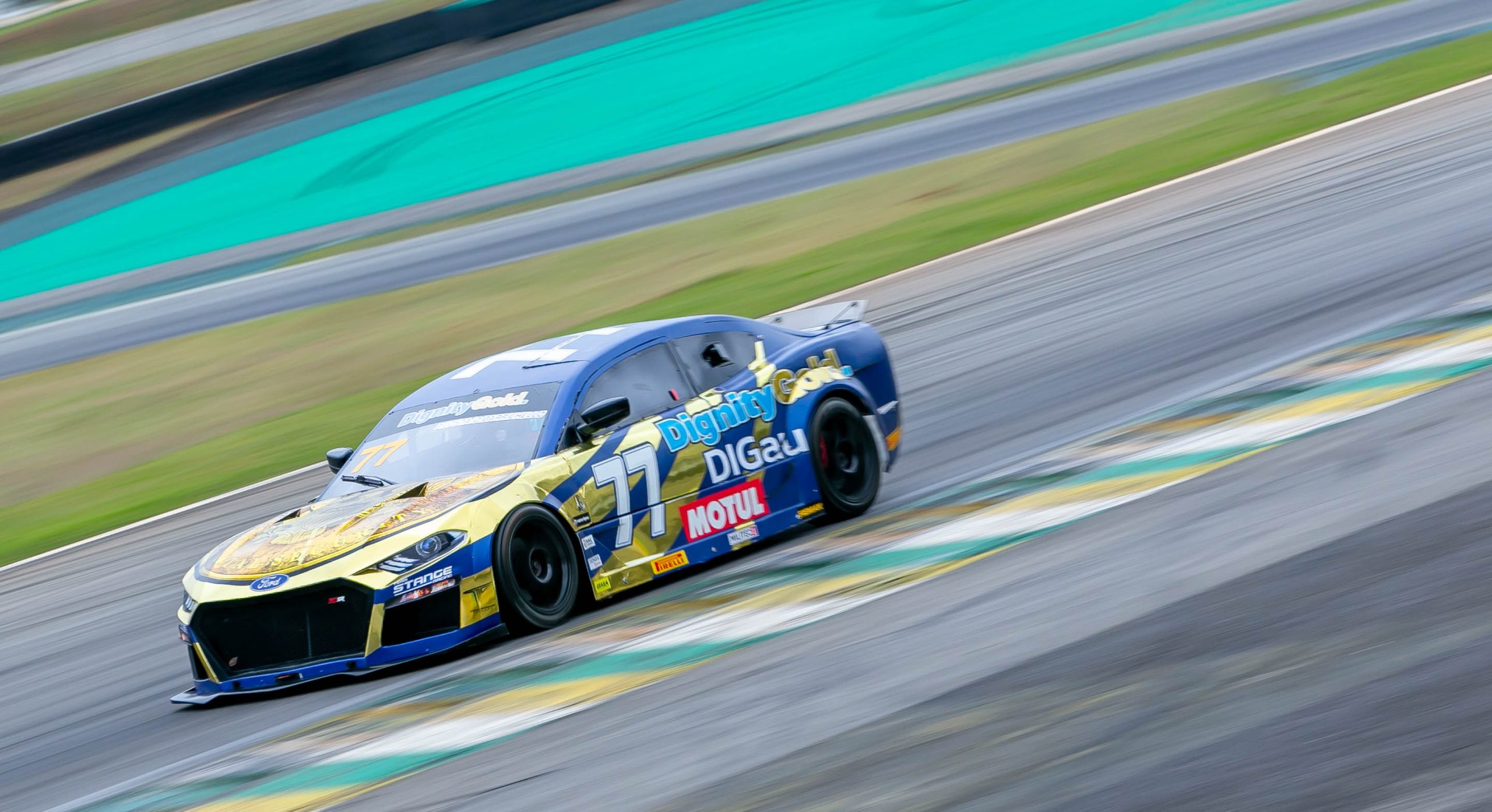 CHICAGO, Illinois – Team Stange Racing competed in the three races on Saturday and Sunday at the Special Edition tournament of the Dignity Gold GT Sprint Race at Autódromo de Interlagos in São Paulo Brazil, finishing 7th in race 1, 21st in race 2, and 6th in race 3.

Team Stange with its number 77 Dignity Gold Ford Mustang closed out the weekend ranking 3rd in the overall points championship.

“It was another great weekend of competition at the Dignity Gold GT Sprint Race,” stated John Stange, Jr., President and CEO of Team Stange Racing. “We were thrilled to see our driver of the first two races, Pedro Costa, bounce back from poor qualifying and turn in a strong performance in the first race. Dudu
Barrichello in the third race ran very hard making his way from 14th dealing with hard competition and ended up placing sith. It was a very productive and successful weekend for Team Stange and especially Dignity Gold. DG received so much press and had fantastic visibility everywhere this weekend as the
series sponsor.”

About Team Stange Racing
Team Stange Racing expanded into the IndyCar Series in 2019, finishing 22nd in the Indianapolis 500. Its goal for 2022 and beyond is to consistently compete for wins in the NASCAR Cup Series, and multiple racing formulas in both the USA and internationally. Team Stange Racing aims to build a motorsports empire looking at other motorsport disciplines to compete in 2023 along with NASCAR and the GT Sprint Race in Brazil.